Italian yard Ferretti Group has revealed the first details of its new Ferretti 780 range of 24 metre flybridge yachts, which will go into production in January 2017. 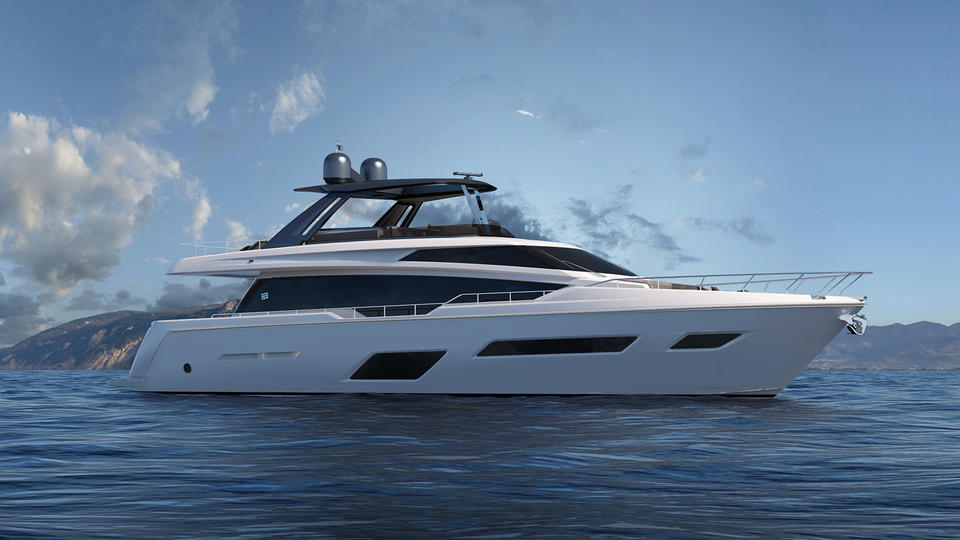 Ferretti Group has placed a particular emphasis on outdoor living with the 780, which features a beach club area in the transom and a vast foredeck seating area, complete with two sofas and a large central sunpad.Triple glass patio doors lead into the main deck saloon, which is fitted with armchairs and a C-shaped sofa. Cutaway bulwarks mean that plenty of natural light can permeate through to this key relaxation area. Further forward, a separate dining area provides seating for all eight guests.

All accommodation on board the Ferretti 780 is en suite and below deck, including a full-beam master cabin, complete with walk-in closet and a separate on-board office area. Two doubles and a twin cabin complete the guest accommodation, while the separate crew quarters aft is large enough for a staff of up to three people.

Power comes from a pair of 1,400hp MAN diesel engines for a top speed of 28 knots and comfortable cruising at 24 knots. Optional extras include a stabilisation system and a 300hp engine upgrade, which makes speeds of more than 30 knots possible.

Other projects currently under development at the Italian yard include the 26 metre Ferretti 850 series, three of which have already been sold. 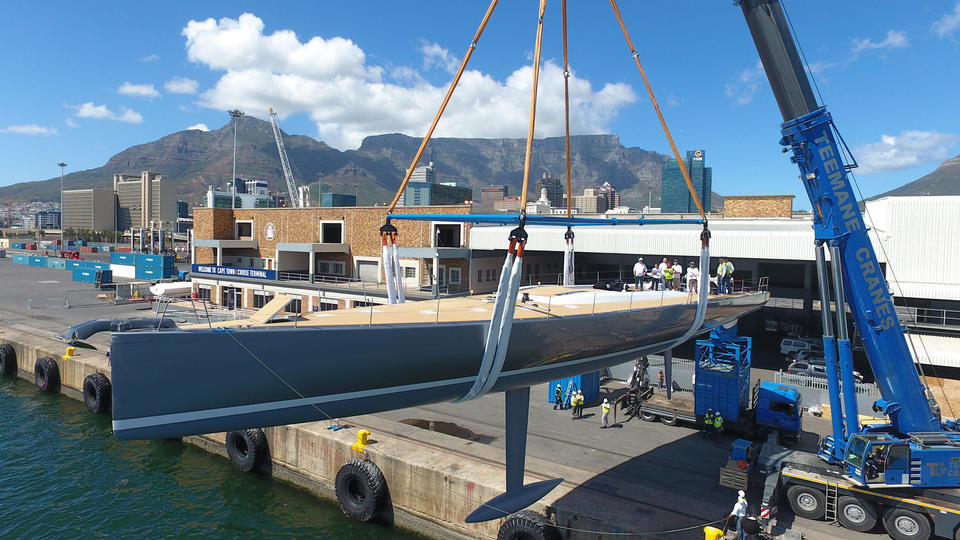 The yard added that Allsmoke’s owner is a repeat client whose brief called for a modern racer/cruiser with exceptional performance and all the comforts of a superyacht.

Allsmoke features a 6.96 metre beam as well as a lifting keel, which means that her draft can be reduced from 5.8 metres to 3.8 metres, making shallow anchorages more easily accessible without deploying the tender. Key features include a detachable bowsprit that can reduce the LOA to 26.5 metres.

Accommodation on board Allsmoke is for six guests in three en-suite cabins. The owner’s suite includes a superyacht office with a convertible settee that can increase the capacity to eight guests.

The separate aft crew quarters allow for a staff of up to four, however Allsmoke’s ergonomic deck layout means that long voyages at sea can be handled with even fewer crew.Auxiliary power comes from a 190hp Steyr SE196 E35 engine, while the lightweight composite construction includes an outer skin made from carbon/epoxy resin.

Following her launch, Allsmoke will now undergo sea trials off Cape Town before setting sail for the Mediterranean Sea for the official handover.

Other projects currently under development at the South African yard, which recently celebrated its 25th anniversary at the Southern Wind Capri regatta, include the SW96 and SW105 cruiser racers.