41 metre Kanga is the first hull in its new K Series of explorer yachts at Italian yard Cerri Cantiere Navali. 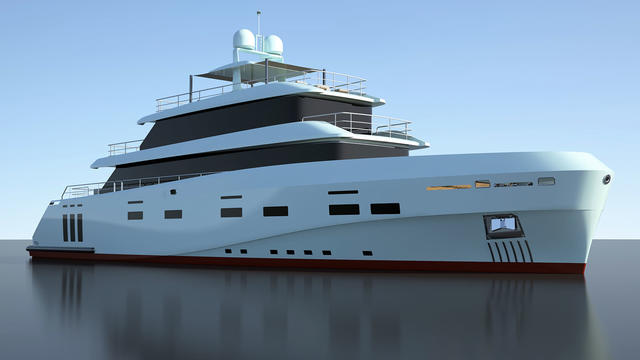 Kanga is being built to RINA standards for an American owner who wants to cruise to both Poles. Internal fit-out began in December and is due to be completed before the end of the year and the partitions are now being fitted to the reinforced light ice class steel hull and the aluminium superstructure is in place.

Accommodation is for 12 guests in five staterooms, including an owner’s cabin, two double rooms and two twin rooms while the crew quarters can sleep up to 11 people and all of this is contained within a total interior volume of less than 500GT. Wooden wall panelling combines with geometric shapes to create a clean, modern aesthetic. 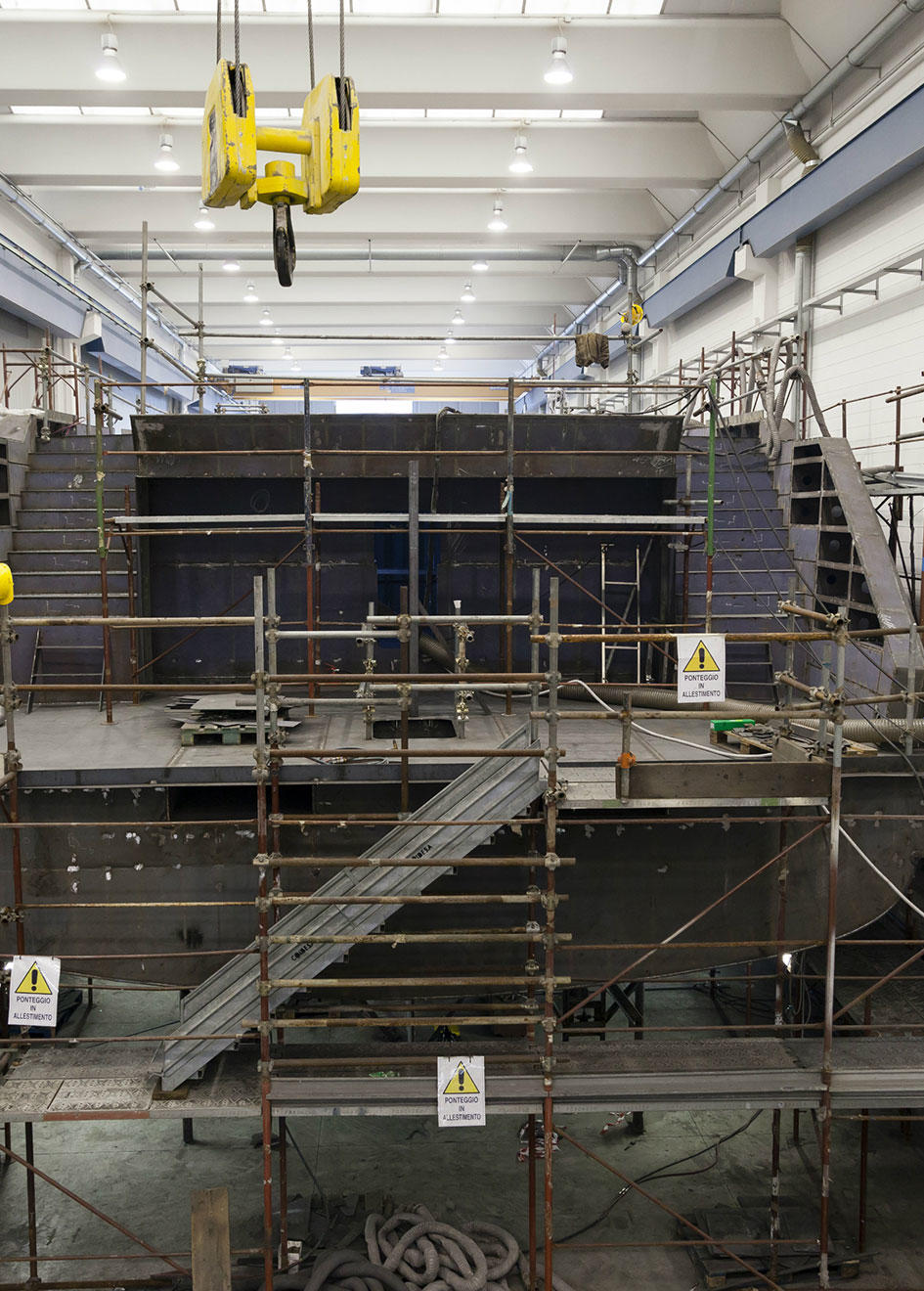 Kanga also features naval architecture by Vannini-Oleggini Naval Design and a beam of nine metres  and Cerri Cantiere Navali has worked with Studio Sculli to customise the original design to suit the owner’s tastes.

Power will come from a pair of 1,450hp Caterpillar C32 ACERT diesel engines for a top speed of 16 knots. When trimmed back to her cruising speed of 10 knots, Kanga will have a globe-trotting maximum range of 5,400 nautical miles, thanks to her total fuel capacity of 65,000 litres.